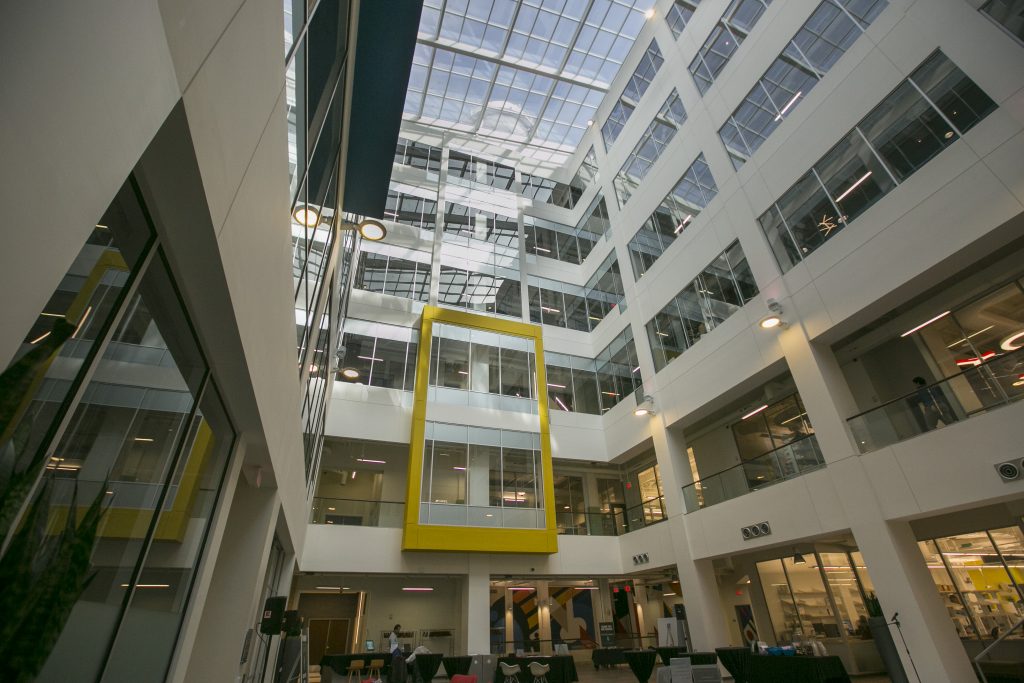 The DQC’s home is in the Chesterfield Building in downtown Durham, North Carolina.

Our quantum information processors are built from individual atoms of the elements ytterbium, with other elements such as barium also in use.

To make these atoms useful as qubits, we strip off a single electron, giving each atom a positive charge that allows it to be held in place with electric fields supplied by nearby electrodes on a specially designed chip, all in a small evacuated vacuum chamber. The qubit levels 0 and 1 are represented by unique electronic states of spin of the ion—the same type of levels that are used for atomic clocks.

Once trapped and cooled with laser light, multiple atomic ions form a perfect atomic crystal. Additional laser beams gently push the ions in space, allowing their qubits to become quantum entangled. This is the essence of the quantum logic gate that is the basis for quantum computations, allowing the exquisite control of a quantum system without observing it. 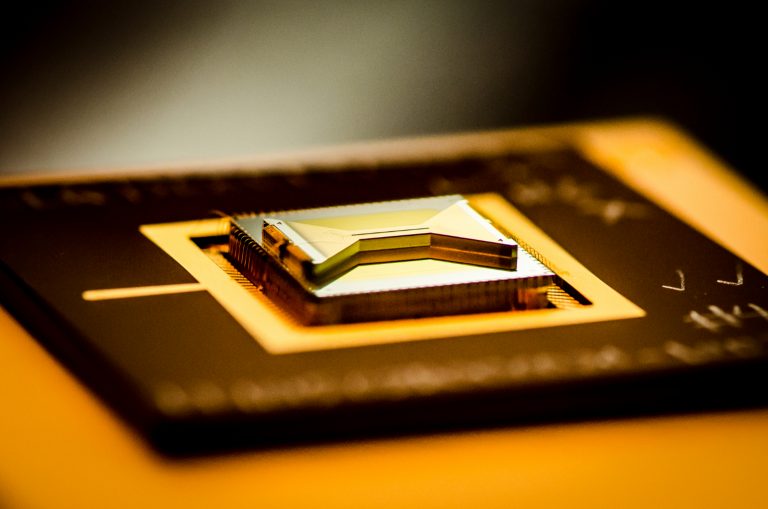 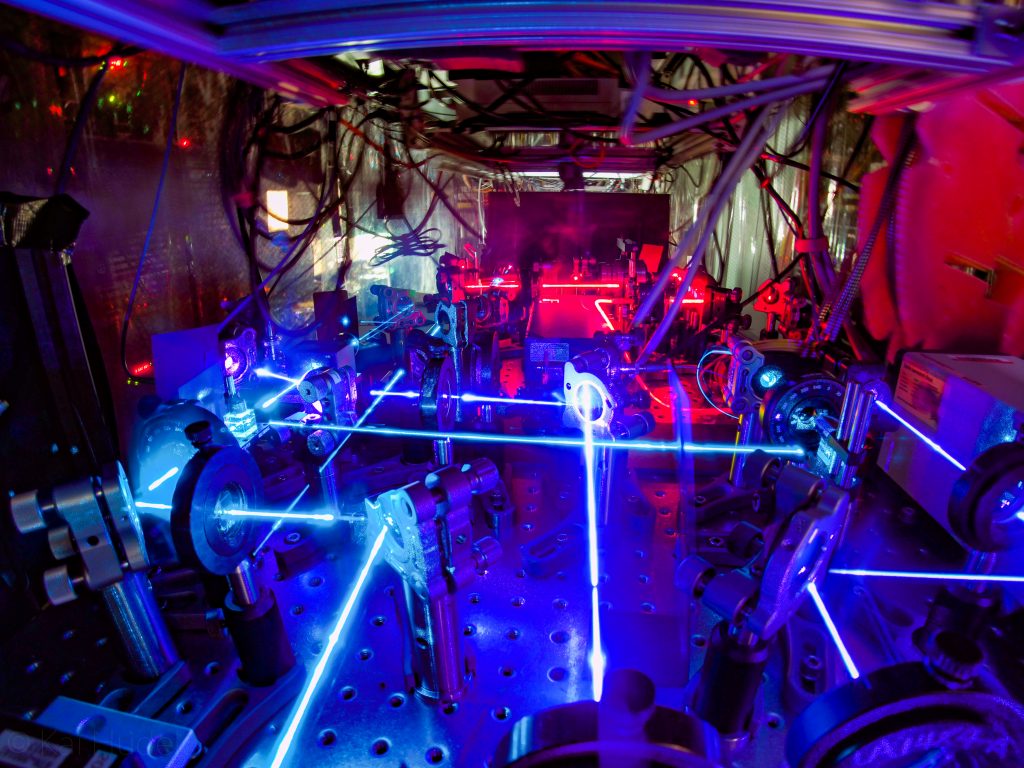 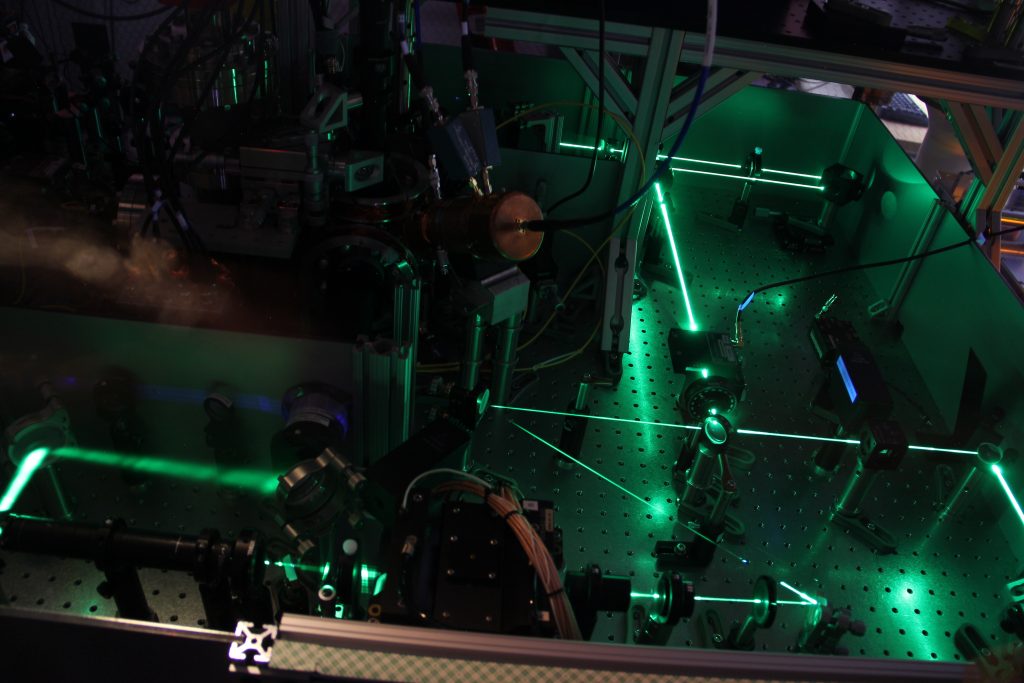 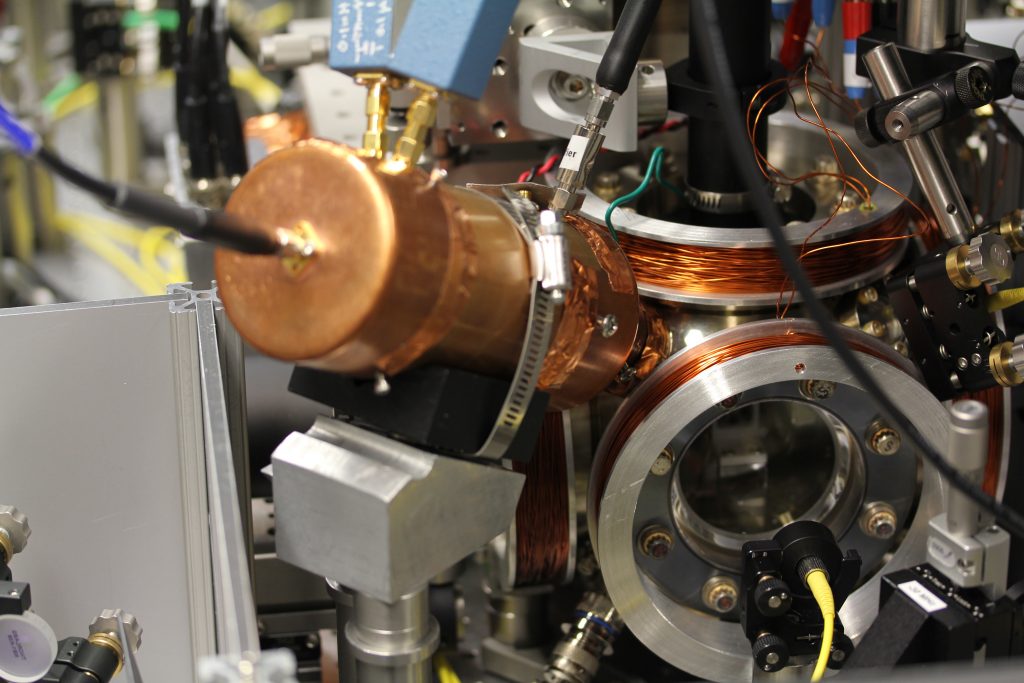 Further lasers allow the nearly perfect readout of the qubits, where they snap into definite states that can carry information on the exponentially many possibilities carried by their entangled states and guided through the pattern of quantum gates that constitutes the quantum algorithm.

The quantum gate lasers are programmable and reconfigurable. They represent a very powerful architecture for executing quantum algorithms and adapting any application to the qubits.  Importantly, the technology needed to build ever larger quantum computer systems is well known, and we expect to soon have quantum computers that will leave conventional (classical) computers in the dust.